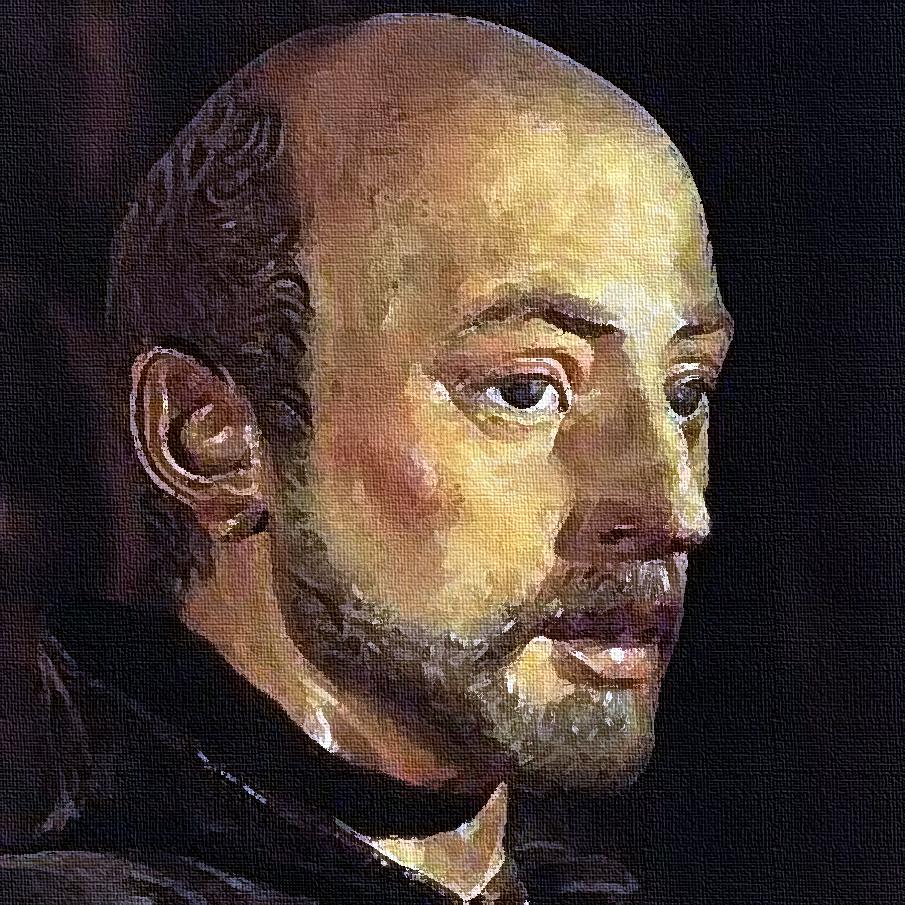 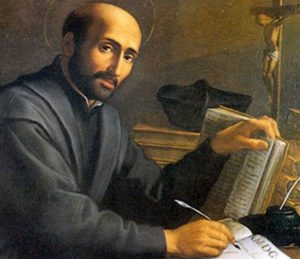 The Feast of St Ignatius Loyola, founder of the Jesuits, will be celebrated at Gardiner Street at 11am Mass on Friday 31st July.

St. Ignatius came from a family of minor nobility in Spain’s northern Basque region. One thing to know about Ignatius is that he was far from saintly during much of his young adult life. He was vain, with dreams of personal honour and fame. He gambled and was not above sword fighting. As some have noted, he might have been the only saint with a notarized police record: for taking part in a night-time brawl.

All that began to change one day in the spring of 1521. Ignatius was 30 years old at the time, an officer in the Spanish army. Leading his fellow soldiers into a battle against the French that they were sure to lose, he was struck by a cannonball in the leg. During a difficult recovery (he limped for the rest of his life), the young man asked for books about chivalry — his favourite reading.  There weren’t any at the family castle where he convalesced. He had to settle for a book about the life of Christ and biographies of the saints — which he found unexpectedly riveting.

St. Ignatius had always dreamed of imitating heroic deeds, but now, the heroes had names like Francis of Assisi and Catherine of Siena. Ignatius also noticed something strange happening to him. God, he realized, was working within him — prompting, guiding, inviting. As he travelled far and wide, he realized too that God was similarly at work in the lives of all people, in the everyday events of the world.

These experiences would prove to be the beginnings of Ignatian spirituality — and Jesuit ministry. While in Paris, Ignatius gathered around him some friends or “companions,” as they became known. Together they made religious vows in 1534 and came to call themselves the Compañia de Jesús — the Society of Jesus. Six years later, the order was granted official approval by the pope.

The early Jesuits fanned out to the metropolises of Europe and beyond. They did so with instructions from Ignatius, their leader in Rome, to “seek the greater glory of God” and the good of all humanity. They devoted themselves to the care of souls, to helping people discern God’s presence in their lives.

One other thing to know about the Jesuit founder is that he was a different kind of saint. As the noted Jesuit historian Fr. John W. O’Malley, S.J. has observed, “Ignatius redefined the traditional basis of saintliness,” which usually involved a degree of unworldliness.

In contrast, O’Malley refers to Ignatius as a “worldly saint.” He made sure his men were spending most of their time not in pulpits and confessionals, but in relatively secular spaces such as classrooms — teaching less directly about the Bible and Church doctrine than about literature and the ancient classics. He sent letters to his missionaries asking that they write back not just about their ministries, but also about the local customs, the plants and wild life — “anything that seems extraordinary.”

Most of all, Ignatius Loyola wanted his Jesuits and everyone to go out and “find God in all things.” He died in 1556 — on July 31, his feast day in the Catholic Church.

Take, Lord, and receive all my liberty,

My memory, my understanding

And my entire will,

All I have and call my own.

You have given all to me.

Everything is yours; do with it what you will.

Give me only your love and your grace.

That is enough for me.

Thanks to all who have donated to the Church through our website. Your generous contributions help in the running expenses of the Church and are greatly appreciated, especially in this difficult time.

You can know donate online in three easy steps. For more details visit our website and click the red DONATE button.

Have you been impacted by a bereavement during COVID-19?  Are you finding it difficult to cope with a bereavement at this time?  Would it help to talk to someone in confidence about your loss? The Irish Hospice Foundation Bereavement Support Line is a national freephone service – 1800 80 70 77 – available from 10.00am to 1.00pm, Monday to Friday

This site uses Akismet to reduce spam. Learn how your comment data is processed.

PLEASE CONTRIBUTE TO THE WEEKLY COLLECTION FOR OUR CHURCH