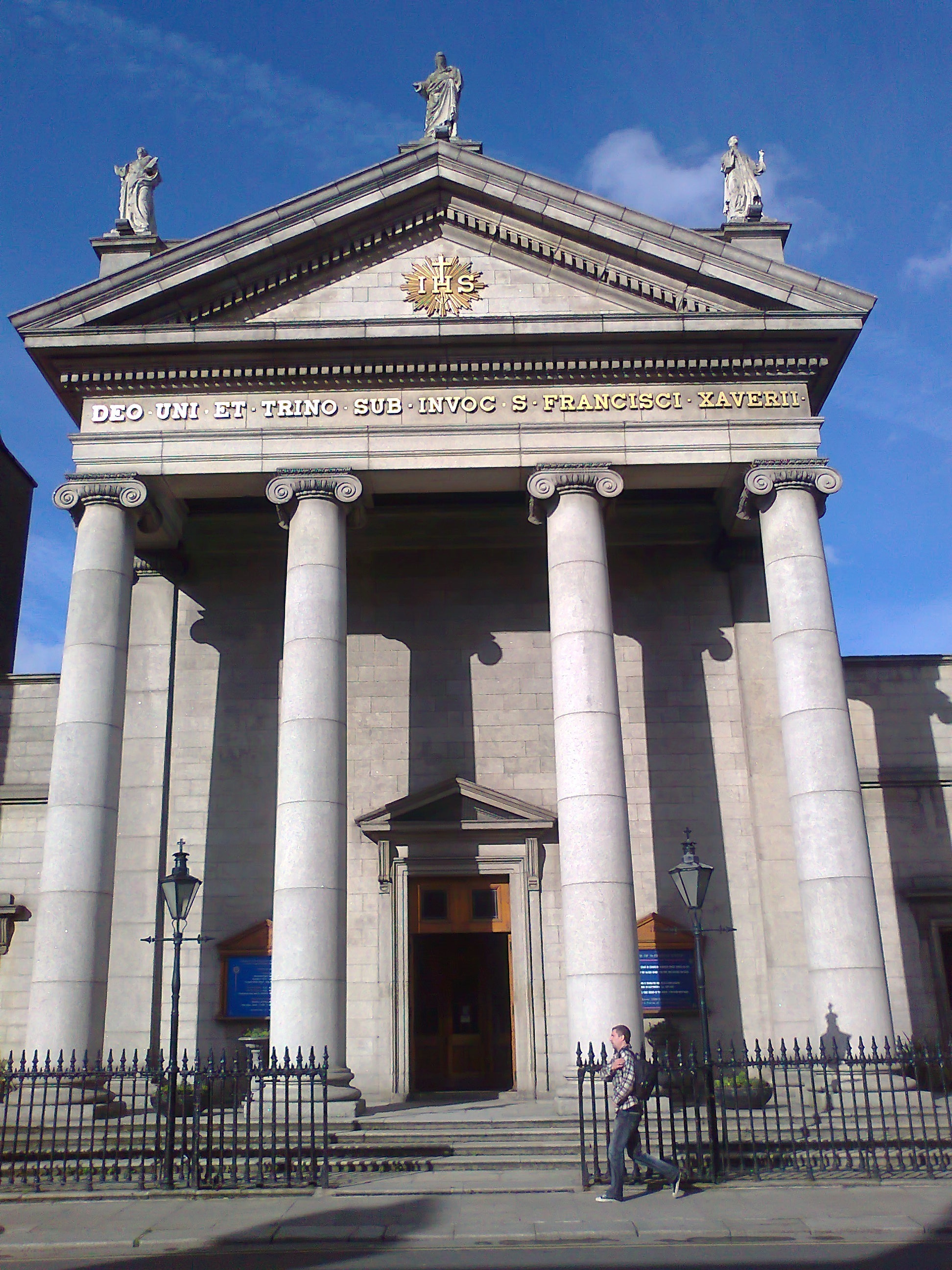 Gardiner Street Parish is a Roman Catholic Parish in Dublin City Centre under the care of the Jesuits. Our church, St Francis Xavier's is a much loved place for parishioners and visitors alike. Best known for its devotional life in the heart of Dublin it is a home of faith and prayer 'for the greater glory of God'. Through the years hundreds of Jesuit priests and brothers giving their services gladly to the people. We thank God that our community continues in the light and hope offered by friendship with Jesus Christ.

The vibrancy of our parish life flows from the centrality of the Eucharist. The uniqueness of each person and they gifts they offer is valued and we encourage active involvement by parishioners.

The Church of St Francis Xavier in Gardiner Street was one of the first churches to be built in Dublin after Catholic Emancipation (Catholic Relief Act) in 1829. The church in Hardwicke St opened in 1821. By 1829, however, it had become too small for the congregations.

In that year, then, the first stone was laid, and the first Mass was said in the new parish church on May 3, 1832.
The Jesuits had been in the Hardwicke St area since the 1730s, on the site now occupied by the Sacred Heart statue. They opened a school there, and in 1841 this became Belvedere College.

Many well-known people of faith have been associated with the church. Among them is Matt Talbot, a recovered alcoholic whose cause for beatification is in process. He prayed in the church each day at the 5.30 a.m. Mass, and in fact died on his way to a later Mass in Dominic St Church in Granby Lane, on June 7, 1925. John Henry Cardinal Newman celebrated Mass here when he lived in Dorset St in 1854. Also, it can be surmised that Blessed Dom Columba Marmion visited the church when he was Professor at Clonliffe College.

Gardiner Street Church is also the resting place of Fr John Sullivan SJ whose cause for canonisation is in process in Rome. His tomb draws a daily stream of devotees, as does the monthly Mass in his memory. Fr John worked for a short time in the church in 1907.

Through local St Vincent de Paul and other societies attached to the sodalities, the church has made a big contribution to the life of the area at a time of great social deprivation. The Boys’ and Girls’ Clubs as well as the Altar Servers’ Club looked after the young people of the area.

In 1974 the church became a parish church, and so is now more committed than ever to the people of the area.

In May 2000, the Sunday Gospel Choir Mass was introduced. This style of Mass is an attempt to find a contemporary way of celebrating faith and Mass in a context suitable to today. The church has also been host to Liam Lawton, the well-known Irish liturgical musical composer in concert, and to Our Lady’s Choral Society.

Other Jesuit Organisations in the Parish

The Society of Jesus was founded in 1540 by St. Ignatius Loyola and since then has grown from the original seven to 24, 400 members today who work out of 1,825 houses in 112 countries. In the intervening 455 years many Jesuits became renowned for their sanctity (41 Saints and 285 Blesseds), for their scholarship in every conceivable field, for their explorations and discoveries, but especially for their schools. The Society is governed by General Congregations, the supreme legislative authority which meets occasionally. The present Superior General is Father Arturo Sosa.

Ignatius Loyola was a Spanish Basque soldier who underwent an extraordinary conversion while recuperating from a leg broken by a cannon ball in battle. He wrote down his experiences which he called his Spiritual Exercises and later he founded the Society of Jesus with the approval of Pope Paul III in 1540.

Universal Apostolic Preferences are the fruit of a process of discernment lasting almost two years. All Jesuits were invited to take part and in addition our mission partners. It concluded with a confirmation from Pope Francis in a special meeting with Fr General Arturo Sosa. The Preferences give a horizon, a point of reference to the whole Society of Jesus. They capture our imaginations and awaken our desires. They unite us in our mission. The new Preferences are four areas vital for our world today. The Society of Jesus will pay special attention to them in the next ten years. We invite you to learn more and take action with us! We want to make a Gospel difference.  Your may fine more information on the Global Jesuit website.

Showing the way to God

Show the way to God through the Spiritual Exercises and discernment

We are constantly being bombarded with images and options and there is almost no space to find our true self or to let God find us. We often don’t know or drown out our own desires, our passions and a sense of our true vocation. Without the wisdom of the Spirit we can easily have a sense that we are not in charge of our own destiny, puppets at the mercy of the moment.

1829: Laying of the foundation stone of Gardiner St church.
The school moved to the present site at Belvedere College, North Great Denmark St.

1832: First Mass celebrated by Archbishop Daniel Murray, May 5th. The church was placed under
the patronage of St Francis Xavier, Patron of the Missions, and co-founder of the Society of
Jesus.

1840: Church completed. Over the years sodalities, youth clubs and various associations were
founded.
The Novena of Grace took a central place in Dublin city life.

First conference of the Society of St Vincent de Paul. Three conferences now aid the poor of the locality.

1960: The body of the Venerable John Sullivan SJ was relocated from the cemetery in Clongowes Wood College to the church.

1984: Establishment of the Musik Makers for children of the area.