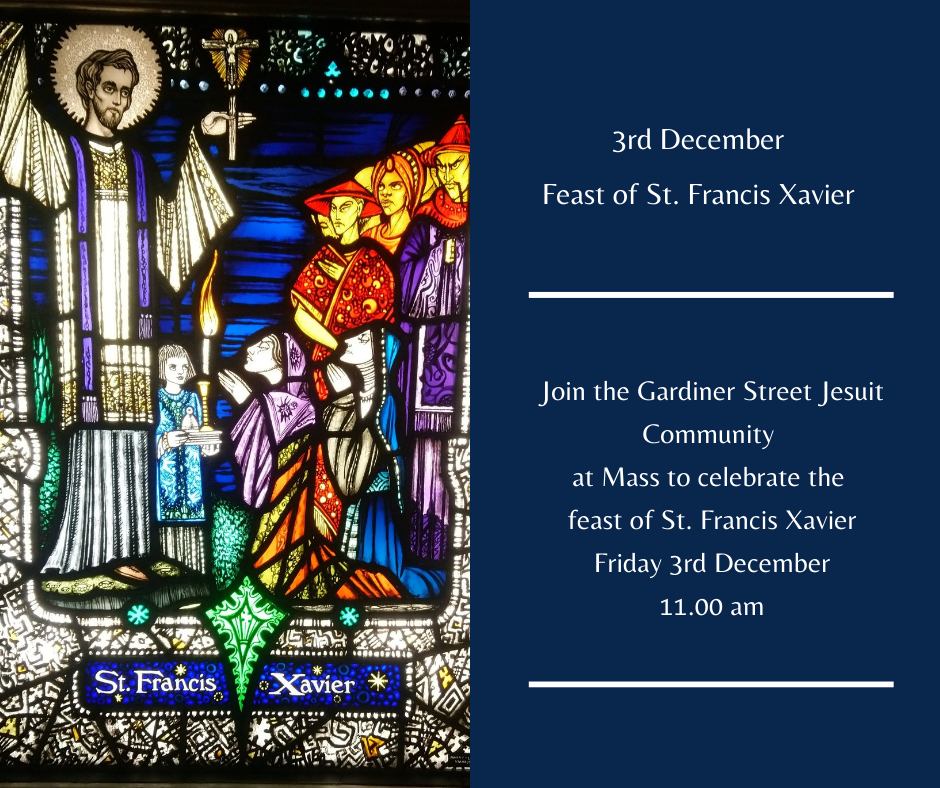 The Feast of St Francis Xavier will be celebrated at 11am Mass on Friday 3rd December 2021.

St. Francis Xavier was one of St. Ignatius Loyola closest friend and an original founding companion of the Society of Jesus. He is considered to be one of the greatest missionaries since Saint Paul.

St, Francis Xavier  led an extensive mission into Asia, mainly in the Portuguese Empire of the time and was influential in evangelization work, most notably in India. He was the first Christian missionary to venture into Japan, Borneo, the Maluku Islands, and other areas. Xavier was about to extend his missionary preaching to China when he died on Shangchuan Island.

He was beatified by Pope Paul V on 25 October 1619 and canonized by Pope Gregory XV on 12 March 1622. In 1927, Pope Pius XI  named Saint Francis Xavier, along with Saint Thérèse of Lisieux, co-patron of all foreign missions.

‘His unlimited confidence in God freed him from discouragement in the face of obstacles and reverses. This confidence enabled him to travel through life with his sense of joy and enthusiasm. He lived his life with zeal for the Greater Glory of God. He wrote to a fellow Jesuits about his safe arrival after travelling, “In this life, we find our greatest comfort living in the midst of danger, that is, if we confront them solely for the love of God.”’